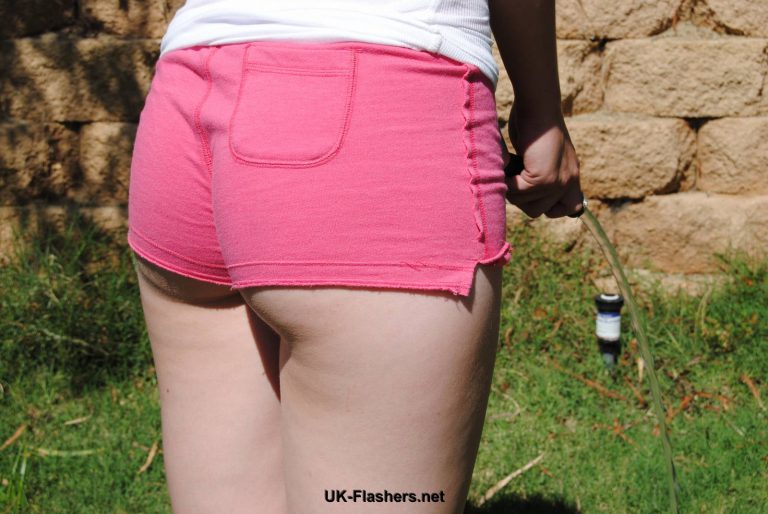 “Hey, Peg, come in here and help me for a minute, will ya please,” her husband John called from inside the garage!?!” She got up off her knees where she was planting some young tomato plants in her garden, and after standing up and dropping her gloves to the ground, she walked the thirty some feet to the garage in search of her husband!!! “John,” she asked softly, “where are you, why are the lights off, come on now, stop fooling around!!!” She carefully turned around, looking into every nook and cranny of the large two stalled building, but just when she was about to slip out the door and go back to her gardening, her husband quietly came up behind her and reached around her to grab her large heavy breasts while nibbling on her ear!!! “John,” she gasped while trying playfully to pull away from him, “stop that this instant, what if somebody sees us!?!” “Who’s gonna be coming in here,” he replied while lifting the front of his wife’s shirt and running his hands all over her low cut bra and breasts, “besides, it’s been almost six hours since I fucked your hot little pussy!!!”

Peg knew that struggling was hopeless when John got her in his powerful grasp, but the insistent caressing of her boobs and the nibbling on her ear had swept away any last vestiages of resistance, so when he leaned her over the trunk of their car and jerked down her jeans and panties, she not only helped him kick them off and away from her, she willingly spread her leads while begging him to take her!!!

“Oh god, John,” she moaned as his thick pecker pressed ferevently inside of her now drenched pussy, “you’re a fucking machine, h-how do you do it!?!” “I just stare at your big ass and tits and it just happens,” he whispered while biting her on the neck, “and you know how much I love your pussy!!!” For the next five minutes John Burton literally attacked his wife’s pussy with a series of vicious thrusts that boardered on the brutal, but in the end, she begged him to fuck her harder while her pussy spasmed hard as a shower of orgasms rained down on her vagina, leaving her a wasted hot bitch on the cold garage floor!!!